I share with you what, for me, are the best and most interesting exhibitions in New York at the moment. Thus I continue the series started with the art Exhibitions in Madrid, London, and Paris. As in previous articles, I remind you that this list will be updated periodically.

At 91, Jasper Johns is still active and creating work. Beginning in the 1950s, Johns’s work has challenged the viewer through symbols, textures, and colors, on canvases with a sculptural quality. The Whitney Museum in New York opens the fall season with the largest retrospective of the artist held to date in the United States: a huge exhibition that includes from his most celebrated and iconic pieces to works not exhibited until today. The exhibition is being held simultaneously in two venues: the aforementioned Whitney Museum and the Philadelphia Museum of Art. Since its inception, Jasper Johns chose to use objects and motifs in common use (in line with the current pop trend in the 50s and 60s 20th century in the US). Starting from these bases, The artist has created a unique body of work where research in materials and formats transcends the motifs themselves, being a source of inspiration for successive generations of creators. 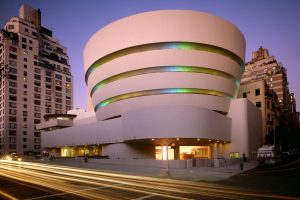 Etel Adnan was born in Beirut in 1925 to a Greek mother and a Syrian father. His adult life has been spent in different parts of the world, including long periods of residence in Lebanon, the US, and France. In the late 1950s, she began painting while working as a philosophy teacher in Northern California. At that time, the artist gave up writing in French as a protest against the colonial government that the Gallic country then maintained in Algeria. It was also when he declared that from that moment on, he would begin to “paint in Arabic.” Throughout a life span that spans nearly a century, Adnan has excelled in fields such as poetry, journalism, and the novel. Both his biography and his art reveal the convergence of different cultural influences, which are reflected in works created almost by intuition:  pigments are applied directly from the tube and spread with a trowel, creating compositions that radiate immediacy and sincerity.

The exhibition Baseera Khan: I Am an Archive is presented as part of the UOVO Award, awarded each year to an emerging artist who lives and works in Brooklyn. This year the bounty has fallen on Baseera Khan, who uses his body as an archive and as part of his work. The artist uses different techniques of multimedia collage, with which she makes visible the life experiences of people located at the intersection between Muslim and North American identity, both today and throughout history. The exhibition includes eleven new works that enter into a dialogue with fundamental pieces created since 2017. All of them explore Khan’s body as a place of accumulation of experiences, stories, and traumas. The selection includes sculptures, installations, collages, drawings, photographs, fabrics, and an audiovisual piece on video.

The work that illuminates the Marron Family Atrium at MoMA in NY is an enormous display of creativity and art: a floor-to-ceiling installation and monumental concept, including text, image, and sound. Artist Adam Pendleton explores the identity of the black community through abstraction and the avant-garde, integrating all the factors into a global piece. With the title of “Who is the queen?”, the installation is anchored in two scaffolding towers five stories high that serve as support for various paintings, drawings, sculptures, textile works, and sound pieces. In his paintings, the artist creates several layers of unfinished text and gestural marks that are photographed, photocopied, and enlarged to be reprinted in silk-screen printing. In this way, the artist’s language remains to change over time: it is written, rewritten, and overwritten to show multiple facets.

In the 1930s and 1940s, the abstract school landed in the United States and became the most attractive artistic trend of the time. His new point of view in front of classical figuration, innovative and refreshing, was embraced by a part of the artists of the country and taken to its maximum consequences. Creative women were not far behind, although their names and their works remained in many cases in the background to male figures. The exhibition organized by the Whitney Museum in New York recovers the art scene made by women of the time. In fact, the creators made up a very significant part of the American abstract school, with names like Lee Krasner, Alice Trumbull Mason (whose work Labyrinth of Shapesgives name to the sample), or Louise Nevelson, among many others. Always with an eye on the European avant-garde, women artists came to create and lead such relevant groups as the American Abstract Artists or the Atelier 17 engraving studio.